Watch Chris Brown's Virtual Book Talk that was given via Zoom on December 3, 2020.
The video shows the meeting in its entirety (just over an hour and 18 minutes) capturing some lively discussion before and the Q&A after the presentation.
The slide show begins at 04:27 and ends at 55:53.

Chris Brown is an honorary lifetime member at WCC for his many contributions over many years. His new book, a pictorial history of WCC, is entitled Images of America: Washington Canoe Club and is the culmination of a three-year project that required sorting through thousands of images that document the club's 115-year history. It chronicles a century of activity along the Potomac River and a social institution of highly competitive, high-spirited men and women. 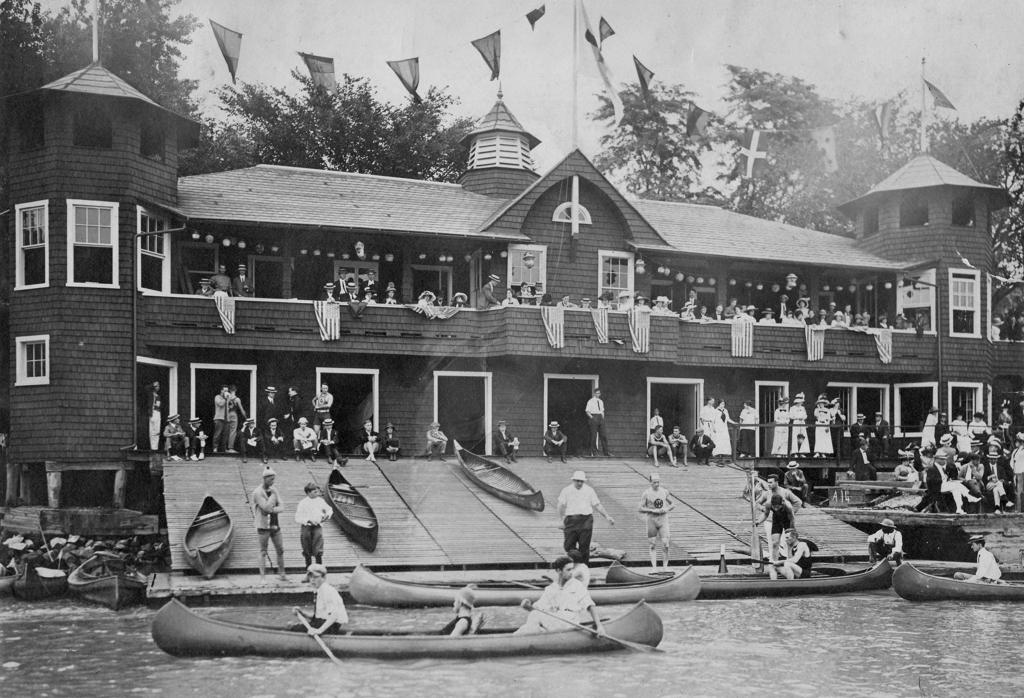 The Washington Canoe Club, c. 1920. The boathouse is listed on the National Register of Historic Places, is a designated DC Landmark and has twice been identified by the DC Preservation League in its annual list of “Endangered Places.”

Since founding in 1904, the Washington Canoe Club has played an important role in promoting the sport of Olympic Canoe and Kayak from our home base on the Potomac River — our historic boathouse that predates the Key Bridge!

THE RISE OF RECREATIONAL PADDLING IN THE UNITED STATES

While boats similar to canoes and kayaks have been used since ancient times with a special place in American history for their use by North American Indian tribes, modern recreational use in Europe and America expanded in the late nineteenth century. In 1867, the Royal Canoe Club, founded in England in 1866, held its first flatwater race. The New York Canoe Club was founded in 1871 and canoeing became a craze in North America. The location of Washington D.C. beside the Potomac made canoeing an appealing activity. As the southernmost of the east coast canoe clubs of the early twentieth century, WCC enjoyed a longer season than its northerly counterparts.

WCC IN ITS FIRST YEARS

When the Club was established in 1904, there was a limit of 100 members, and money was raised by benefit performances and dances to construct the boathouse. The Washington Post held a contest to raise subscriptions and the Club won a $1,000 which was used for the building fund!

The following year, WCC members gathered not far from where the northern end of Key Bridge is today, and began to build an extraordinary structure - the same iconic green boathouse that still serves today as the home base for the Club (in fact, the club was painted red until the early 1930s, and the color was only changed because there was a special on green paint). The architect was Georges P. Hales, a recent arrival from Boston who was familiar with the shingle-style boathouse architecture along the Charles River. Tradition holds that the clubhouse was built by the members, using salvaged timbers and lumber from burned barns. Learn more about the history of the WCC boathouse

The Club's original charter stated its mission as "mutual improvement, the promotion of physical culture, and the art of canoeing." Early on, canoeing was not the only activity. The club had football, wrestling, boxing, bowling, swimming, track, and water polo teams and competed eagerly in all these sports. Club members and teams won national and city- wide events. The Christian Science Monitor in 1913 wrote that "... in the winter, ladies' nights, dances, receptions, minstrel shows, and theater parties serve to keep the membership interested." 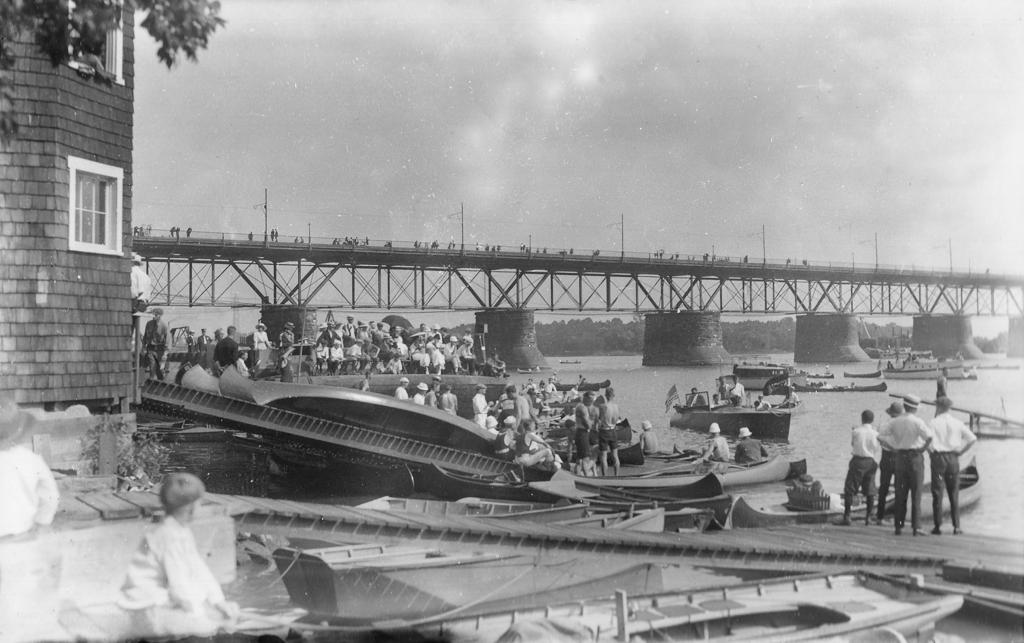 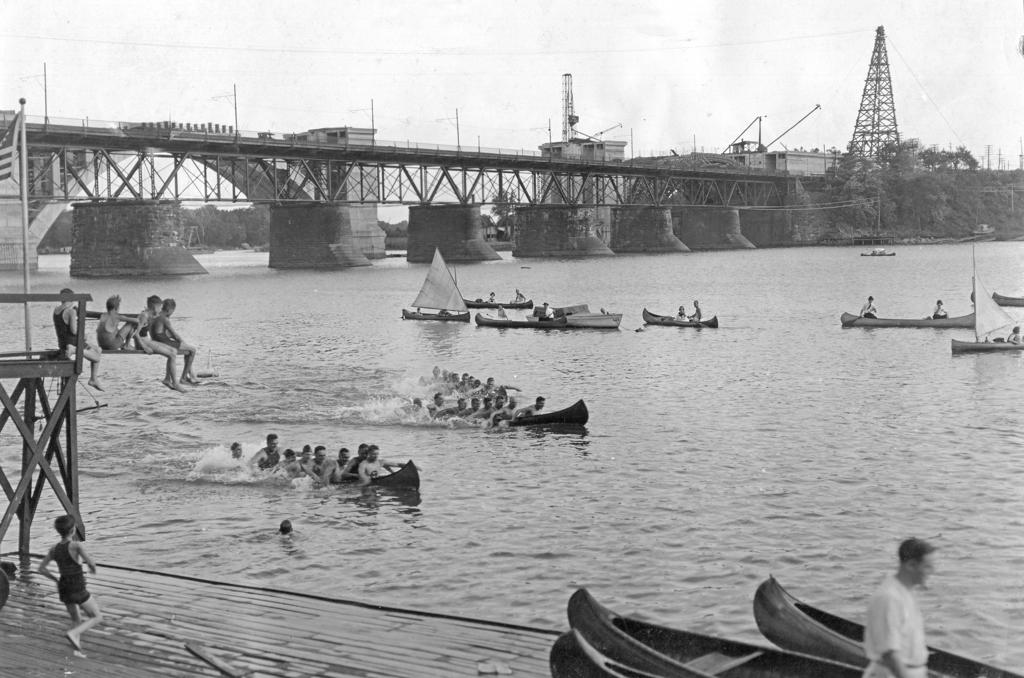 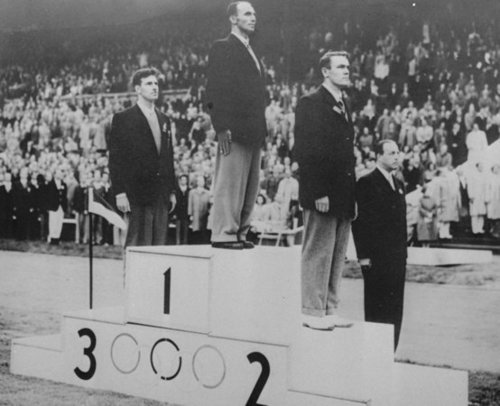 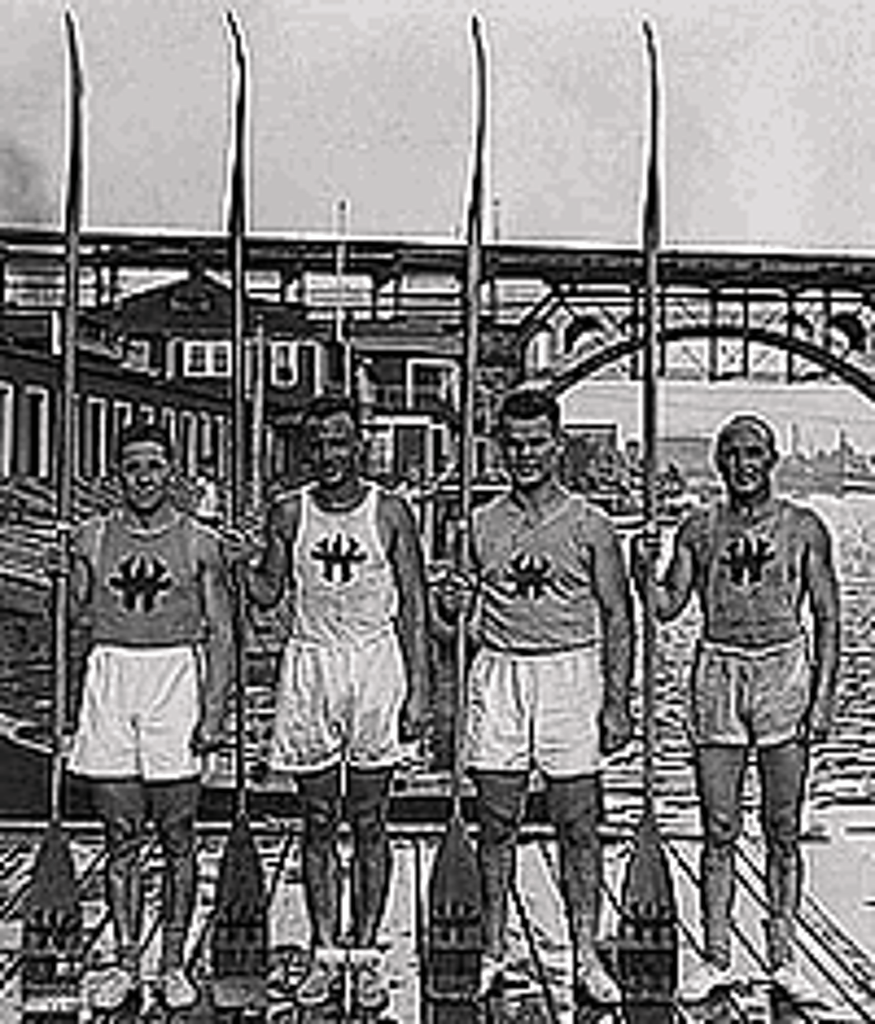 (From left) J.F “Hank” Larcombe, Karl Knight, Charles “Bud” Havens, and Harry Knight, trained at WCC before heading to the Paris Olympics in 1924.

From its roots in recreational paddling, the WCC came to be recognized for its role in the development of flatwater canoe racing in Olympic competition. Club paddlers (comprising the entire US team) joined with Canadians to introduce the sport as a demonstration event at the 1924 Olympics in Paris, where WCC won three of the six events raced. The team was made up of Charles Havens, Karl Knight, Harry Knight, and Hank Larcombe.

The club has since produced numerous national champions and Olympic medal winners. Frank Havens' 1948 Silver and 1952 Gold medals, the Silver medal won by Francine Fox and Gloriane Perrier in 1964, and Norman Bellingham's gold medal in the 1988 Olympic Games were highlights for the club.

Today, WCC members include elite athletes who keep Olympic aspirations alive. The club continues to provide the support and encouragement that have been the trademark of the most prominent club in the history of U.S. canoeing to all its athletes - whether Olympic Gold medalist or weekend recreational paddler.

The club is presently designated a "Center of Excellence" by the United States Canoe and Kayak Team (US CKT), the national governing body for the sport of Olympic flatwater racing, and Olympians and Olympic hopefuls train at the club.